Now available in three basic types: Catalogues and lists of plants; Articles and reviews; Essay. Each type of publication has a standard set of required and optional units.

The Acknowledgments and Links to funding sources recommend placing either end of the main part of the text, or in the block "Conclusion".

In the first phase of registration of article the author provides the name of the of publication, information about all authors, keywords, Russian and English summaries.

To automate the formatting of the text articles should be divided into blocks, each of which is assigned to your window (on the text page). Required windows marked (*). The empty block absent in the final assembly of the article.

The built-in editor has a less rich arsenal of tools, rather than Word. We recommend you to type and format the article in the MS Word, then fragments Copy (Ctrl + C) and paste (Ctrl + V) into the appropriate box on the text page (preferably automatic insertion hyphenation was turned off).

The text should be typed using a simple roman font, avoiding italic * and bold (except for formulas, names of species, Latin phrases or subtitles). The size and type of font, line spacing, and paragraph format can be anything, as in the final publication of these parameters are selected automatically.

The title of the article, and abstracts of articles in text blocks, where there is no built-in editor, if you need italics for scientific names, proposed to insert .

Indentation should be created automatically (Paragraph menu) rather than using the space bar, or do not ask.

Title of the article should not be typing all caps.

In order to standardize the nomenclature and taxonomic information, it is recommended to use the following resources:

Formulas can be written as a text string Word. To avoid errors, use only Latin and Greek alphabets and special characters from the menu items Insert / Symbol (Symbol). Notation of variables and in the text, and formulas are written in italics, matrices - direct bold, number - a simple font. Integral and fractional parts of numbers separated by a dot (3.14). Alpha and numeric codes are set using the subscript and superscript characters. If the formula can not be written in one line, it should be constructed using the built-in Word macro for constructing formulas. Construction of the formula should be retained as a bitmap file (see. Following explanation for the charts), and then paste the file to the desired location of the text, explaining the notation. If necessary, the formulas can be assigned numbers and put them in square brackets after the decimal point. All designations of variables used in the formulas are decrypted at the first use.

Titles of tables (Table), drawings and diagrams (Figure or Fig.) Are numbered. Number and name written in one line. Signature or title should be understandable without reference to the text.

The headings and notes to figures, diagrams and tables should be given in English, consistently using the built-in editor styles "figure titles ".

Tables are created in Word. Table width limited by the width of the sheet in portrait format A4. Taxa lists and catalogs are made one table (with a considerable amount of tables is recommended to additionally send it to the editorial office in a separate file in the format of Word). External columns contain labels that begin with a capital letter, internal - with a lowercase. In the design of tables allowed only horizontal lines. Small tables can be saved as a bitmap file (see. Following explanation for the charts), and then paste the file to the desired location of the text (in this case, you should specifically define the type of font - Verdana, 10.5).

Table 1. Example to illustrate the format of the table

Figures (illustrations) should be suitable for direct playback in the text. All color or black-and-white drawings, photographs, scans, maps, charts from Excel should be submitted as a separate file in bitmap format (accepted *.png, *.gif, *.jpg). When you insert an image is compressed to a size of 600 pixels in width, while maintaining the aspect ratio.

Symbols in the figures are numbered, font - italic (should use bitmap editor). Explanation of symbols for numbers placed after the name of the pattern. Color or black and white photographs should be sharp and portray the object under study without unnecessary details in the background. On the picture you can put the arrow with the number of the object (in italics).

Maps are placed in a frame. Certainly on the maps should be given the name of the nearest physiographic objects grid. In the corner of a large-scale map is desirable result in small-scale inset maps indicating the enlarged section. Legend, it is desirable to put the card inside the frame. Framed Legend are numbered, font - italic. Maps are performed in the conventional colors. To save the maps in raster format should use commands such packages cartography as "Save Screen", "Save Report" in a raster format.

If you want to provide the ability to view high-resolution images or videos, it is recommended to do so by means of hyperlinks to external resources, for example, place a video in Youtube, and the images on Google.

Graphs (diagrams) are constructed in MS Excel or other software. Signatures to the diagrams provided in the same format as figures. Graphs may overlap with digital material from the tables.

Graphs from Excel (as well as formulas, tables, maps) are converted to raster format and saved as separate files. Recommend that you use one of the following methods.

Insert figures into a built-in editor using the "Insert Image". 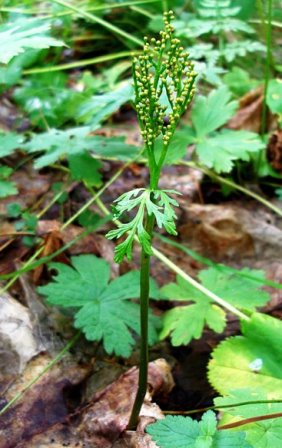 Hyperlinks to network resources, the text provides as follows:

• in the case where, according to the authors, it is acceptable not to include the referenced resource in the list of references, resource given its own name in the text, and reference to it is made using the editor "Add / edit link";

• in the case of web resources is included in the list of references, original name of the resource is given in the text in parentheses with the year of creation or visit the resource, and a reference to it is made using the editor "Add / edit link ": (The Plant List, 2013).

References in the text are as follows:

Names of foreign authors are given only in the original writing. At the first mention in the text are the initials of the author's initials when re-dropped (repeatedly initials are given only when the names of authors namesakes). References to the work presented in chronological order of publication, for example: (Schaft, 1931; Carniel, 1961; Alekseev, 1987; Romanov et al., 1996; Comparison ..., 1999).

The list of references shall be in accordance with Chickago Style.

Cited in the text of the article in alphabetical order without numbering. Work of the same author are listed in chronological order, published in the same year, supplied by the indices a, b, c, ..., which are placed with no space after the year of publication: 2000a 1997v.

For the correctness and completeness of bibliographic data Editorial is not responsible.